Day 2: We arrived early in Naples and left the ship, to get to the high-speed ferry port, as soon as we could.

Caught a1/2 hour ferry south to the island of Capri where all the rich and famous people hang out. Apparently on the island at the same time as us were Gwen Steffani, George Clooney, Matt Damon, Bruce Willis and Madonna (although they might have been lying about her as she was probably in Malawi) (and a couple of other famous people that I’m not really familiar with). I kept my eyes peeled but never saw any of them. Not that I would have recognised them anyway. Capri is an amazingly beautiful place with loads of windy tree lined roads taking you to hidden villas that overlook the blue green sea. 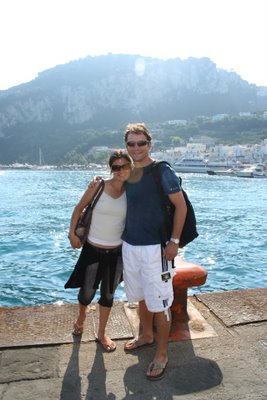 You can see why it is such a desirable place for many and we wouldn’t mind having a little villa here. We took a bus to Anna Capri another famous part of the island. Lots of little shops selling every thing you could need, with little restaurants and coffee shops dotted around. Then we took the “cable car” ride up to the high point. Exciting stuff as you are riding in a rusty type of ski lift. Margot was terrified! 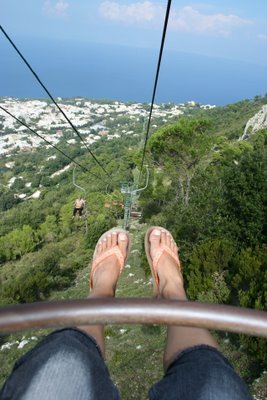 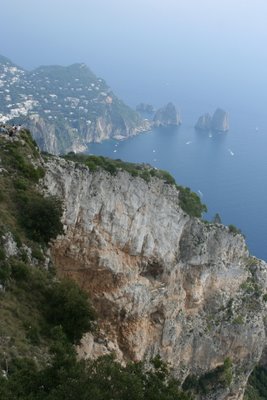 This picture was taken from the top of the cable car ride. Looking down on the rugged coastline. Plenty of limestone rocks to climb. Think I’m getting itchy “climbing” feet again.

About the author: oliver